April 23rd, 2020
by Coffee And Classic Films
0 265 420 420 420
Such a confusing array of movies all on the same story. There are four different films on The 39 Steps released between 1935 and 2008, ranking the title up there with the likes of Jane Eyre and Little Women for remakes. All four are based upon the same novel, and yet each tells a slightly different tale, none of which mirrors the book precisely. You can take your pick on which to watch, but how do you choose?

I will try to help. In this post I will summarize the novel that started it all. Then over the next two posts I will take you through the films so that you can make a more informed decision on which to try (or don’t decide and just watch them all). 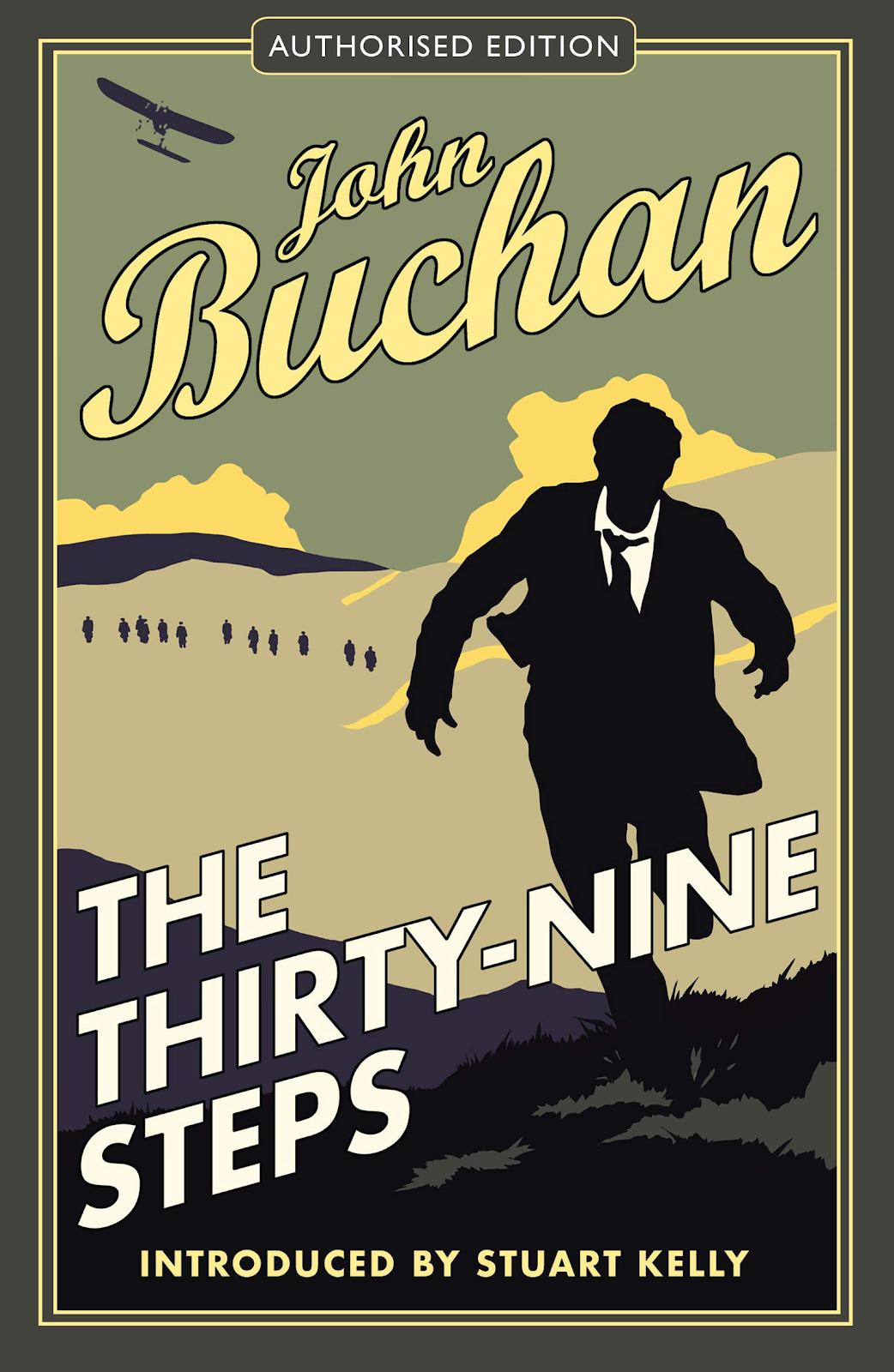 The 39 Steps by John Buchan is a novel published in 1915 after appearing in serial form earlier that year. It is routinely categorized as a mystery, a thriller, as well as an adventure novel, and all three are appropriate. The novel recounts the plight of Richard Hannay who innocently gets caught up in the world of international espionage.

The novel is set at the beginning of World War I, in the summer of 1914. War with Europe is in the air. Richard Hannay has just returned from an overseas assignment, and is bored with his life in London. Then a freelance spy, Franklin P. Scudder, enters his apartment and tells Hannay a story of espionage, how anarchists are plotting the theft of British naval plans, and that his life is in danger. Hannay agrees to allow Scudder to hide out at his place, but three days later finds him dead in the apartment with a knife in his back, and the apartment ransacked. In his own search, Hannay finds Scudder’s notebook written in code hidden in his tobacco canister.

This creates a perfect storm of conflicts for a novel; Hannay is completely innocent, but the police will think he is guilty of murder, and the anarchists will want him dead because of what he knows, or probably knows from living with Scudder. He must prove his innocence by his own devices.

Hannay flees, and goes through a series of interactions with strangers as he decodes the notebook and tries to find who murdered Scudder to clear his name. These adventures are the heart of the story, and the chapters are even called adventures:


The words “39 Steps” appears in the decoded notebook, and refers to a beach house which has 39 steps leading up to it at low tide. That is the headquarters of the anarchists, which Hannay eventually locates.

The story is ripe for interpretation, as it serves as a palette for several film adaptations, as well as a stage play. Each of the films modifies the plot to create a different dramatic focus and ending, resulting in stories that differ from the novel in interesting ways. Part Two looks at the two earliest films, which have more similarities than differences.