May 1st, 2020
by Coffee And Classic Films
0 265 420 420 420
In this three-part series we are looking at the four film versions of The 39 Steps that have been released since 1935. In Part One of this series, I summarized the 1915 novel by John Buchan that spawned the four films. In this post, Part Two, I will look at the two earlier movies. 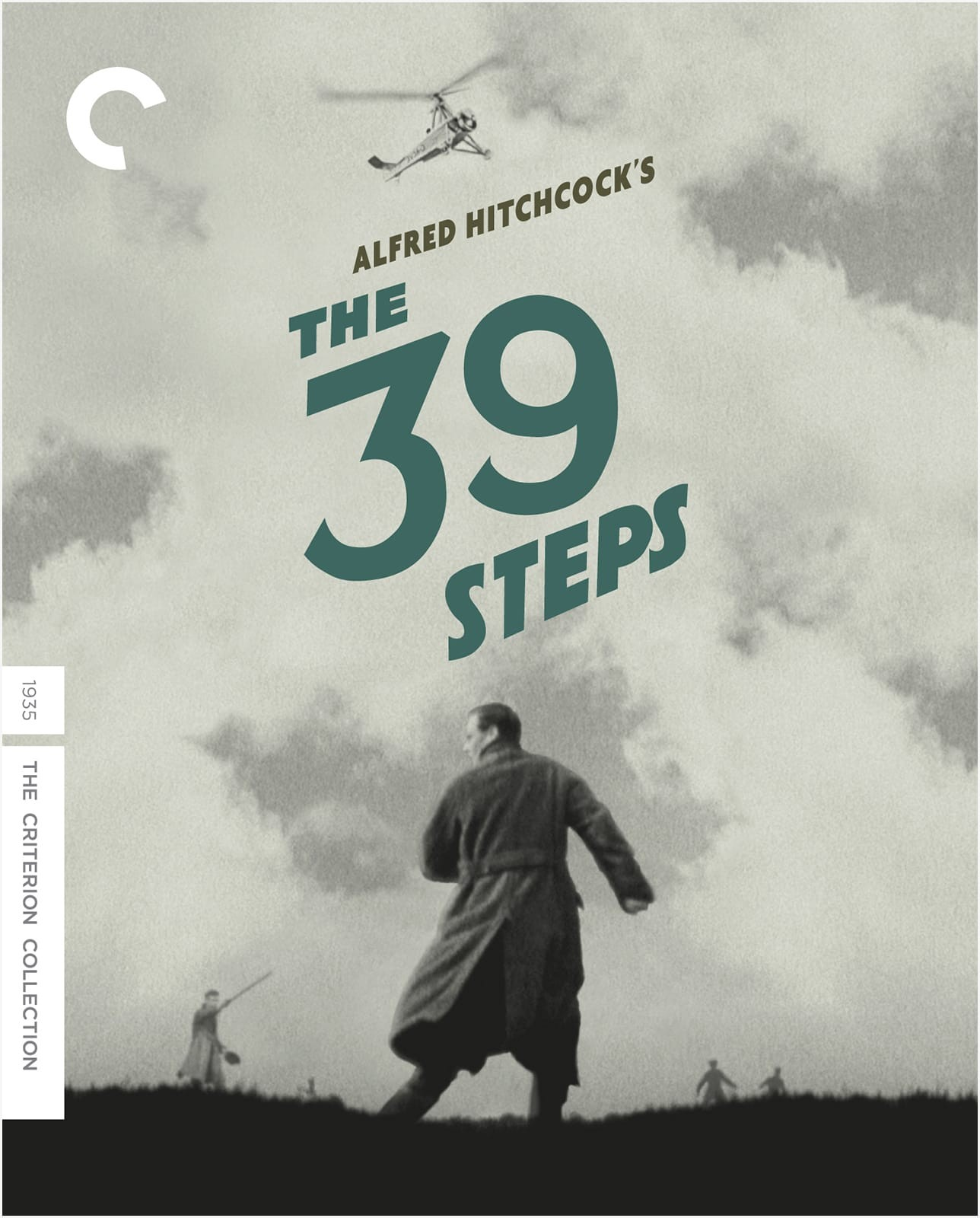 This is the earliest of the films. It stars Robert Donat (Goodbye, Mr. Chips) as Richard Hannay and is directed by Alfred Hitchcock (yes, Hitchcock makes a brief cameo appearance early in the film, and it’s very subtle). I was able to find a copy on Amazon Prime, although it is widely available as a classic.

The film starts in a music hall with an act called Mr. Memory. This man displays a tremendous memory for facts and answers random questions from the audience. During the show a gun goes off, and in the panic that follows, Hannay helps a young lady with a foreign accent, Miss Smith (played by Lucie Mannheim), out the door to safety. She invites herself to his apartment and we hear her story.

It is there that we learn that Miss Smith had fired the gun to clear out the hall because there were men attempting to kill her, and singled out Hannay to help her. So in this version, the spy Franklin P. Scudder is replaced by a woman. In his apartment she explains she is being followed and may be killed. In fact, the next morning, she stumbles into his bedroom, hands him a map with a Scottish town circled, then falls dead with a knife in her back.

Thus Hannay departs on his quest to clear his name, trying to get to the Scottish town marked in the map. At one point he is traveling by train when the police catch up to him. He swings outside the train car and re-enters it several doors down (thanks to creative special effects by Hitchcock!). The train stops on a trestle, which allows Hannay to jump off and hide among the girders beneath the tracks until the police give up and the train moves on...without Hannay.

From then on he travels mostly by foot. He gets handcuffed to a young woman who thinks he is indeed a murderer, but she joins him when she discovers the men chasing him are not police but members of an underground group that goes by the name “39 Steps.” That group is trying, somehow, to get government secrets out of the country.

Their journey takes them to the London Palladium, where Mr. Memory is again performing. Hannay figures out that Mr. Memory is the one taking secrets out of the country, memorized. Hannay asks him the question from the audience, “What are the 39 Steps,” and Memory openly reveals the plot as though he were a robot responding to a command. As he is reciting, he is shot by the leader of the 39 Steps gang.

You will see more of Hitchcock’s special effects with a helio-aeroplane that joins the hunt, as well as in a cute stunt of moving seamlessly from a studio shot to a location shot when the 39 Steps gang have Hannay in the back of a car. Some of the film's footage reverts to the herky-jerky silent era, with the actors moving faster than normal, but that was true of several Hitchcock’s films in the 1930s. 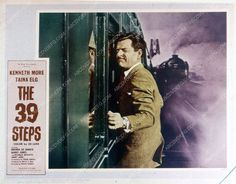 This version is more rare, and I could only locate a copy on YouTube. It follows Hitchcock’s 1935 version very closely, with the addition of color. That is not to say that if you liked Hitchcock’s film you will like this one. This one is lacking in several ways. Directed by Ralph Thomas, it stars Kenneth Moore (A Night To Remember) as Hannay, a good actor without the fame of Robert Donat. He is also without the athletic build that would be required of Buchan’s Hannay. Pleasant appearance, but very little evidence of the stress that should accompany his situation.

The story starts at a peaceful looking pond in the middle of a park, with Hannay casually strolling by. There he meets up with a woman, and they end up in his apartment for innocent reasons, at which point she relays her spy story. She is quickly killed in his apartment, and I am lost as to why they didn’t kill Hannay who was just in the next room. He flees wearing the disguise of a milkman, and his adventure begins.

The episodes he experiences match up closely with Hitchcock’s film, except Kenneth Moore’s Hannay carries on with what appears to me as a rather nonchalant, sometimes amused demeanor. In spite of several skirmishes, his tie never loosens and his suit coat, always buttoned, shows little sign of any struggle. He is practically pressed.

As I mentioned earlier, Moore doesn’t have the physical presence to pull off this Hannay. In one scene, he overpowers several policemen to barely escape and run away. All of the police officers are larger and stronger than Hannay, and they seem to just fall over when Hannay pushes on them, like they just gave up. That’s really the only way Moore’s Hannay could get away from them and keep the story going.

Hannay ends up at the Palace Music Hall with a girl that has been handcuffed to him. How he figures out that he needs to be at the Palace Music Hall is a mystery; it just sort of comes to him when the lady says she overheard the 39 Steps agents saying they would be at “the Palace.” The performing act is the same Mr. Memory, who has memorized the state secrets to take them out of the country. As with the earlier version, Memory is shot by the leader of the 39 Steps gang, and the several gang members are apprehended at the theater by the police.

This 1959 version put in several of the special effects scenes that were developed in Hitchcock’s adaptation, but didn’t actually break new ground. This film could make for a pleasant afternoon of movie watching, but it does not stand up well against Hitchcock’s film.

In Part Three, I will look at the two more recent entries in The 39 Steps collection, including one that is made for TV.