May 28th, 2020
by Coffee And Classic Films
0 265 420 420 420
I first came across The Sin Of Nora Moran (1933) almost unintentionally. I was in my workshop painting a piece of furniture, and I had it on just for company. It is an early 1930s production and it was coming across as a stage play acted out in front of a camera. It got the attention of one eye and one ear. Near the end of the film it started clicking with me and I gave it both eyes and both ears. At the end I couldn't figure out what I had just seen. The film structure seemed muddled and its timeline confused. But somehow I had absorbed a really good story. Or did I?

I watched it again, this time intentionally and with my full attention. I found that this is a very good crime drama with a little melodrama thrown in, with some really unique storytelling techniques and innovations that were surprising for that time period. 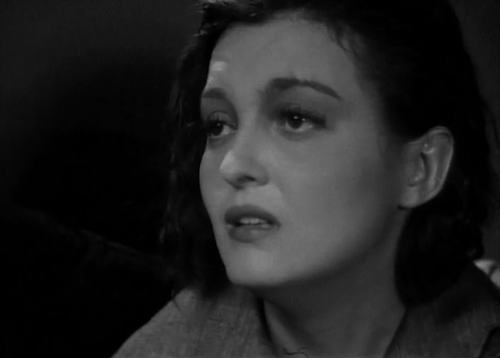 This is a story of an orphan girl who led a tragic life, and it's a story of irony. When Nora's adoptive parents died suddenly, she goes to school to learn dancing. After her meager inheritance runs out, she joins a circus, desperate for any job. She works as the "Beautiful Assistant" to the lion tamer, Paulino, until on the train between towns, he gets drunk one night and creeps into her sleeping compartment and attacks her.

Nora leaves the circus and is hired as a chorus girl at a nightclub in New York. It is while working there that she meets and falls in love with Dick Crawford. This is the first time in her life that she has felt really happy. But Crawford is married and is a rising politician being groomed to be the next Governor.

In the midst of Nora's happiness, she calls the D.A. Grant one night to come over. When he arrives she shows him the dead body of Paulino, the lion tamer. She says that he had come to blackmail Crawford over his relationship with her. Nora confesses to the crime, and refuses to say anything in her defense throughout the trial. She is convicted and sentenced to the electric chair. 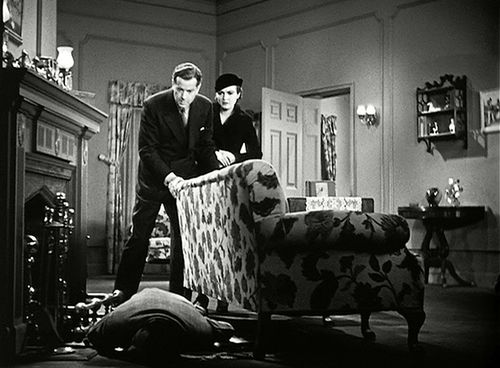 That is not an unusual plot sequence for 1930s crime drama. But the entire story is told through flashbacks and, uniquely, flash-forwards and dream sequences.  The film begins in D.A. John Grant's office as Edith Crawford, his sister and Governor Crawford's wife, are discussing her discovery of love letters between Nora and the Governor Dick Crawford, with Grant telling Edith the back story of the affair with Nora. Next we see Nora in her jail cell awaiting execution, and she has been given a sedative to keep her calm in her final moments. Then she has flashbacks to key events in her life, so that we have flashbacks within a flashback, or "nested flashbacks," as they have been called. In her delirium she also has flash-forwards to when she is already dead. 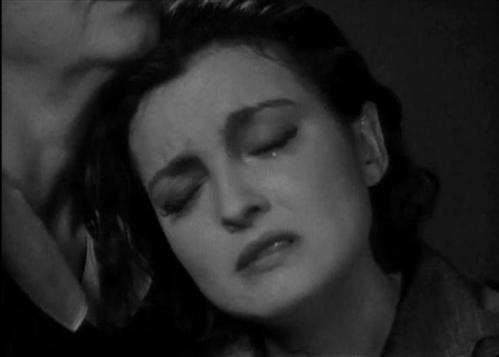 As the story returns to the discussion between Edith Crawford and D.A. Grant, we are treated to another flashback in which we learn that the now-Governor Dick Crawford is the real killer. Paulino had come back to blackmail then-candidate Crawford over his affair with Nora, and a fight ensued. Paulino took a blow to the head and died there in Nora's apartment. Nora came up with a plan to get rid of the body and leave town, and she insisted Crawford clear out and leave it to her so that he wouldn't be tainted by scandal. 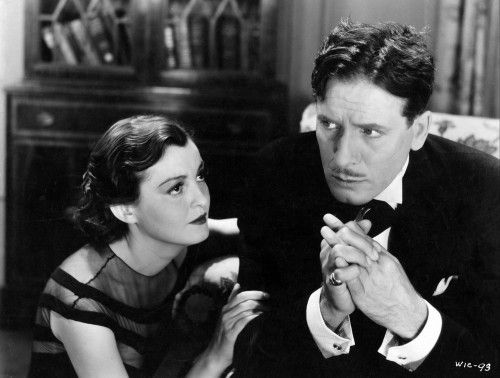 Unfortunately, Nora got caught and confessed to protect Crawford. The D.A. Grant, who knows the real story, is forced to prosecute Nora for murder. Anything short of that would risk Crawford's career.

In a final flashback we see Governor Crawford in torment. D.A. Grant had advised him against a pardon for Nora because of what it could do to him politically. Yet he knows that Nora is facing execution for a crime he committed. In his darkness he sees Nora in the room and talks with her. In spite of her telling him it will all be fine and she is going to a peaceful place, Crawford tries to call and stop the execution, but he is too late. In his grief, he writes a confession letter and "joins her" via a gunshot to his head.

The final scene displays the irony of the story. The audience returns to the office of D.A. Grant, who has finished telling Edith the entire story. We now understand why Edith has been dressed in black. It's not unusual attire for a Governor's wife in that period, but we have just learned that she is now the Governor's widow.  Throughout the story, people were looking down on Nora, assuming she was just a gold digger dating Crawford in order to milk him for money once he became Governor. In the end it was Edith and D.A. Grant who were the gold diggers, doing whatever necessary to get Crawford elected, so that they could be elevated personally and professionally.

Nora's only sin was she fell in love, and was happy for a while. So happy that she would rather die than hurt the one she loved.

The film is based upon a short story titled The Burnt Offering that appeared in three parts in The Underworld Magazine in 1930. It was written by W. Maxwell Goodhue, who would turn it into a stage play and subsequently direct the film. This is a very low budget project and runs only 65 minutes. The studio, Majestic Pictures (1930-35), kept costs down by using the sets built by other studios, then merging in stock footage for outdoor scenes. Zita Johann (The Mummy, 1932) is effective at Nora with her haunting eyes that match the role so well. There are good performances as well from Paul Cavanagh and Alan Dinehart as Governor Dick Crawford and D.A. John Grant, respectively.

The story is not an unusual melodrama, but its presentation is unconventional. The odd time sequences present the story from multiple points of view, a highly creative technique that befuddled most film reviewers upon its release. But the flashbacks and sequencing techniques would be later adopted by such classics as Citizen Kane, and today The Sin of Nora Moran is considered a classic that was ahead of its time.

I strongly recommend your watching it. Twice.